It has long been known that there are only a few basic plots that get retold in different setting.  Now academic research has categorized 1700 books into six types of emotional arc.  Their study used a computer program looking for emotion-laden keywords in the texts.

Dylan, Cassie, and Stacie participated in the 30-author signing event at Lindale Mall and all had sales.

Aimee did a beta read for Stacie and gave lots of feedback.

Dialog is an important part of nearly all fiction.  Some of the guidelines are pretty well agreed.  Mostly use “he said” for a tag.  When it works, use an action instead of a tag.  Good dialog has some of our natural speech habits with sentence fragments and pause filers, but is brief compared to a real transcript of conversation. 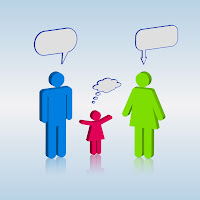 Here are some guidelines for choosing dialog tags and proper punctuation.  However, Steven James revises some standard rules.

We’re often cautioned against opening a story with dialog.  It is easy to lose the reader with a long conversation between people who have not been introduced, talking about things that have not been established as important.

On the other hand, dialog that establishes the situation and people can be very effective.  My favorite quote on this point is the opening of the Robert Heinlein story Free Men where the characters give much information by implication.

“That makes three provisional presidents so far,” the Leader said. “I wonder how many more there are?” He handed the flimsy sheet back to the runner, who placed it in his mouth and chewed it up like gum.

The clearing was suddenly empty

“As I was saying,” came the voice of the third man in a whisper in the Leader’s ear, “it ain’t how many worries me, but how you tell a de Gaulle from a Laval. See anything?”

“Convoy. Stopped below us.” The Leader peered through bushes and down the side of a bluff.

Notice that he does not tell you we are hiding in the woods with a resistance group in a country where a breakdown or conquest has splintered the loyalties of the population, because that can be inferred from the dialog and action.